COVID-19 UPDATE: Propeller will be continuing business as usual. We will communicate any changes in our operational network with you if/when necessary. Thank you for your patience during this time.

Toftwood Junior School in Dereham, Norfolk first purchased a Monster Pack of the Rapid Recall Whiteboards in October 2017, but it wasn’t until they came back to buy even more boards in September 2018 that we knew we had to talk to them about the boards.

So, in December 2018, Propeller made the not-so-long trip across Norfolk to meet the Maths Lead Amanda Francis and ask her about her experiences with the Rapid Recall Whiteboards.

Why did Toftwood Junior come back for more boards?

Amanda told us that the thought process behind purchasing the boards in the first place was for them to be a part of their SDIP, and to improve the students’ use of vocabulary and core skills for the school’s less able students. It was the impact that they saw the boards then that convinced them they needed more.

As a three-form entry school, the boards they had only covered two classes at a time, and since they had such a great impact, the school wanted to ensure that when a teacher wanted to use the boards, they could. 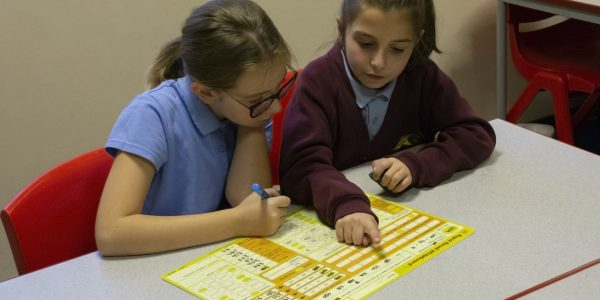 What was the impact?

The enthusiasm that Amanda had about the boards stemmed from the impact she saw them having on the students. While the less able students got the important opportunity to practice concepts repeatedly, the more able students were supporting them and refining their own knowledge at the same time.

Beyond that, every student in the class was using mathematical language when working in pairs on the boards. Better yet, it wasn’t just Maths she saw improving. Watching the students work in pairs helped her see the impact on students’ communication and social skills, which she said was benefitting them greatly.

“The children have been really good at focusing on different parts of the board and deciding ‘oh, actually, my partner and I weren’t very good at this bit’ and they then self-directing and revisiting that part of the board in the next session and practising it again.”

How did the use the boards to achieve such an impact?

Toftwood were using the Rapid Recall Whiteboards outside of the everyday maths lessons and using them as an extra for practising key maths skills on a regular basis, mostly to ensure students get a consistent rehearsal of those core concepts before the end of Key Stage 2 assessments.

Some children were working on the boards as a quick intervention activity, but most classes visited them at the start of each afternoon in a session dedicated to either Maths or Spelling.

Students mostly tackled the boards in pairs, working on them in the ‘Pilot and Navigator’ style, where one student would have to convince the other of what the answer is by reasoning and showing their workings orally. This helped the students build their vocabulary and confidence in using mathematical language. 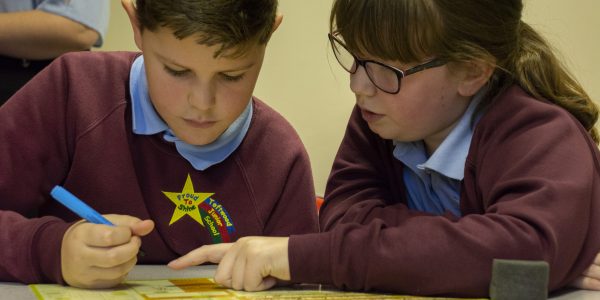 “I would definitely recommend them. The use of the vocabulary was so obvious from really early on. You just go around the room and you go ‘Ah! I can hear you talking about place value’, talking about all that reasoning that they need for the end of KS2 assessments and practising it all the time. It’s the oral rehearsal before they have to then write anything down.”

You can watch Amanda talk about the Rapid Recall Whiteboards by scrolling to the bottom of the page.

What did the students say?

Whilst at Toftwood, we got the opportunity to talk to some of the students that had benefited from using the Rapid Recall Whiteboards.

When we asked what they thought the boards had taught them, they told us how they would think about the relevant section of the boards when tackling a tricky maths question. They would refer back to the methods they used on the boards to know which method would work best for what they had to do in that situation.

Other students told us how the boards helped them improve on a certain area of their maths, such as fractions.

You can watch some of the students using and talking about the boards below.

Amanda on the Rapid Recall Whiteboards

Students on the Rapid Recall Whiteboards